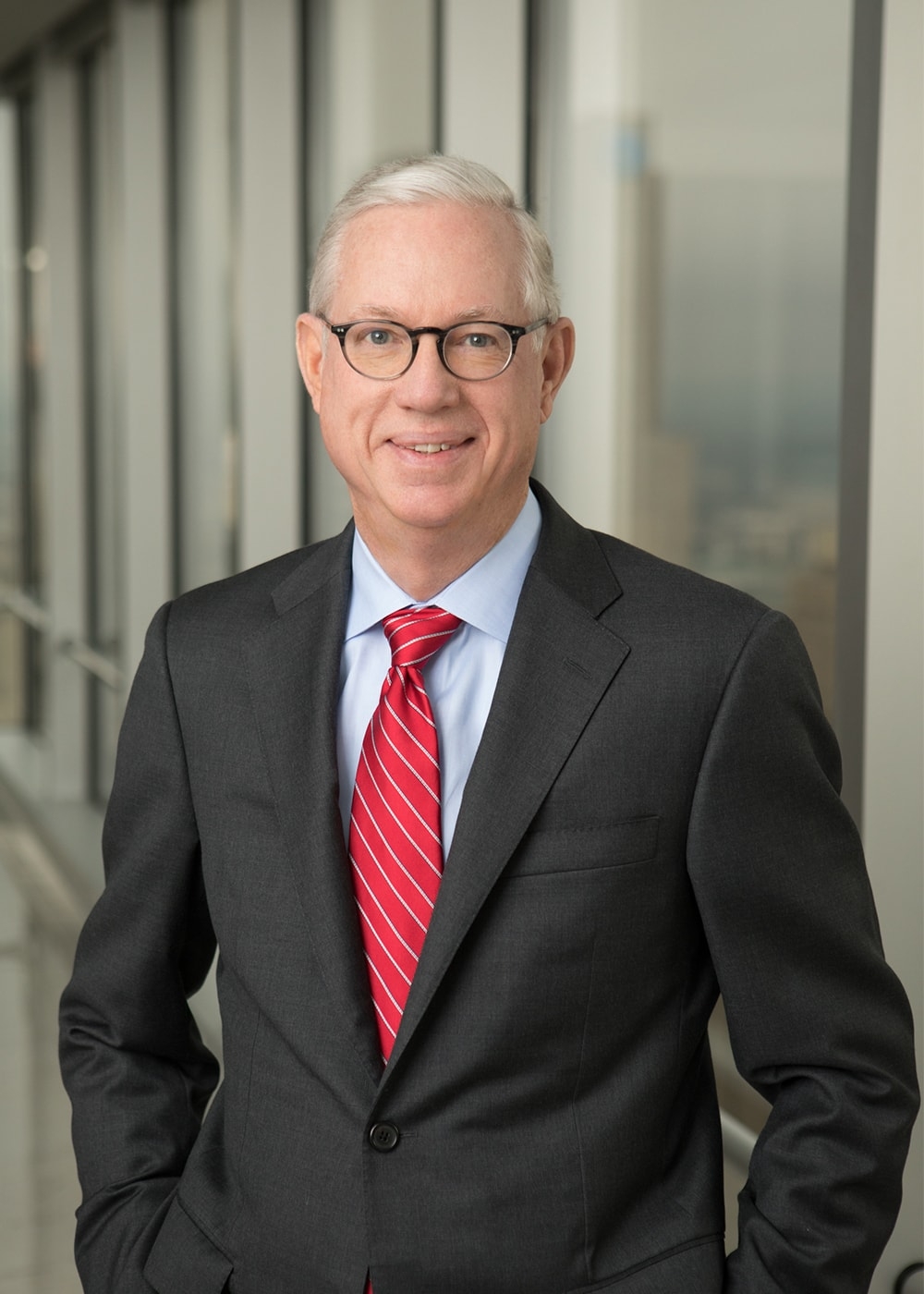 Tom is Board Certified in Tax Law with over 40 years’ experience in Business and Personal Tax Planning for a multitude of entities, including partnerships, limited liability companies and corporations as well as individuals. His practice includes structuring partnership and corporation transactions and family business and estate planning.

Tom frequently counsels his clients on the formation and operation of limited partnerships and limited liability companies, as well as business succession planning and wealth transfer planning.  He is also experienced in the planning and implementation of business acquisitions, mergers, and restructuring, for corporations, partnerships and limited liability companies. Although Tom’s practice is centered on tax planning, he often assists in the planning and tax analysis associated with tax litigation matters involving complex substantive tax issues.  He has considerable experience in personal, as well as business tax planning, including tax planning for recovery of damage awards, compensation tax planning, and estate and gift tax planning.

Tom was admitted to practice in Texas in 1974.

ACPEN The Purchase and Sale of a Business Webcast... [ read ]

"Tax Considerations in the Purchase and Sale of Closely Held Businesses"... [ read ]

"Tax Planning for the Acquisition and Disposition of Oil and Gas Interests"... [ read ]

"How CPAs Get in Trouble with the IRS" "Planning Opportunities for Financially Distressed Entities and Related Issues" "Representing Your Clients Before the... [ read ]

Ways and Means Proposes Limited "Get Out of S Corp. Free" Card... [ read ]

Do you or your clients have an S corporation that you would like to convert to a limited partnership for tax purposes, but for the taxable gain thereon? Surprisingly, the Ways and Means tax proposals introduced on September 13 would permit a tax-free reorganization from an S corporation to a domestic partnership, with one catch.

The Magical Metamorphosis of S Corporations Through an F Reorganization... [ read ]

Whether to implement a reincorporation of an S corporation, from say California to Texas, or to pave the way for an S corporation asset sale to a buyer taxed as a partnership, an F reorganization can be a tax efficient tool to achieve those objectives, among others.

In addition to the PPP loan program, the CARES Act has implemented various tax stimulus provisions for individuals and businesses, including retroactive temporary deferral, or modification of certain loss deduction limitations added by the Tax Cuts and Jobs Act.

A key portion of the Coronavirus Aid, Relief, and Economic Security Act ("CARES") is an expansion of the SBA's Section 7(a) loan program aimed primarily at businesses with fewer than 500 employees.

Have You Checked the Validity of That S Election Recently? (Relief Alternatives Available For No S Election, Invalid Elections or Inadvertent Terminations).... [ read ]

Recurring problems with many S corporations include the untimely discovery of a failure to timely file an S election, filing of an inadvertently invalid election, or inadvertent termination of a previously valid S election. Often times many years will have passed before discovery of an ineffective or inadvertently terminated S election. Absent relief, the termination of an S election can have severe consequences, particularly where the corporation has been making regular distributions. Because this is a pervasive problem under the election requirements of Subchapter S, Congress granted the IRS the power under section 1362(f) to waive invalid or inadvertently terminated S elections provided that certain requirements are satisfied.

The Section 199A Final Regulations were released on January 18, 2019 and a corrected version was issued on February 1, 2019, with a few corrections and clarifications.

The Section 199A Final Regulations were released on January 18, 2019 and a corrected version was issued on February 1, 2019, with a few corrections and clarifications. In this blog post I will address some of the key items in the Final Regulations, as clarified, other than rental real estate, which I cover in a separate blog post.

The IRS issued the eagerly awaited §199A proposed regulations on August 8, which will please some, but also leave others disappointed.

Identifying a Taxpayer's Trades or Businesses for Purposes of §199A... [ read ]

At the heart of the new §199A deduction is a series of tentative deductions separately determined for each trade or business in which the taxpayer owns an interest based on 20% of qualified business income ("QBI").

Section 199A - Navigating the Maze of the New Pass-Through Deduction... [ read ]

For taxable years beginning after December 31, 2017 and before January 1, 2026 individuals and trusts are entitled to deduct 20% of their share of qualified business income from partnerships, S corporations and sole proprietorships (loosely referred to for these purposes as "pass-throughs"). . . Ahhh, if only § 199A were so simple. However this seemingly simple deduction is in fact layered with enough limitations, exemptions and phase-ins to make one's head spin.

IRS Will Once Again Rule on Corporate Business Purpose and Device Under §355... [ read ]

The IRS announced in Rev. Proc. 2016-45 that it will once again issue private letter rulings on issues of corporate business purpose and device under §355, after a hiatus of 13 years.

Are you interested in obtaining §1031 like-kind exchange treatment upon disposition of a property but have not located suitable replacement property? You may be able to qualify for deferred exchange treatment under Reg. §1.1031(k)-1 but the Regulations will keep you on a very short leash.