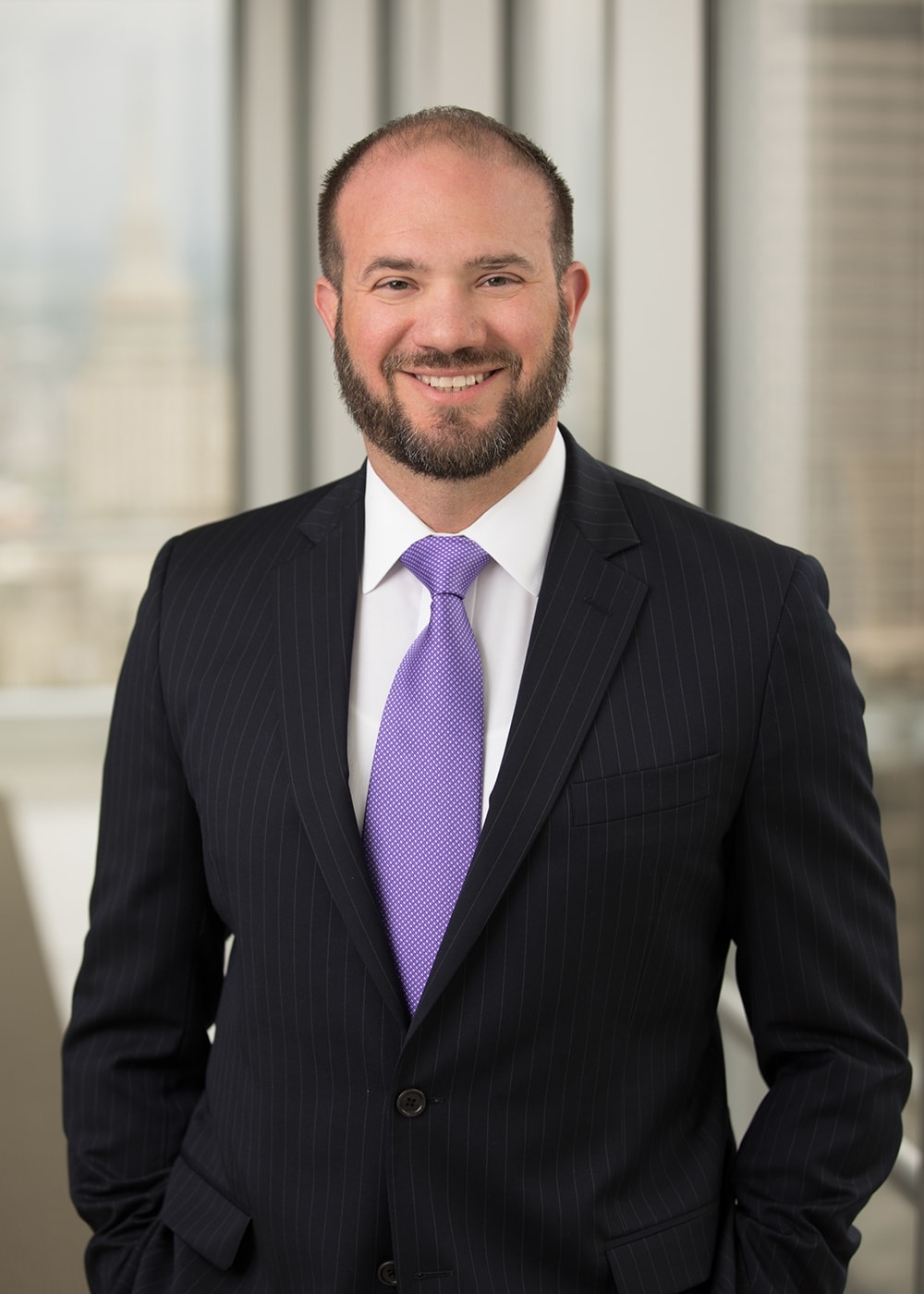 Prior to joining the firm in 2007, Mike worked in Washington, D.C. as a Congressional intern to U.S. Senator John Breaux (Retired) and worked as an Associate with a regional law firm in New Orleans, Louisiana.  In 2004-2005, he served as a Judicial Clerk to the Honorable James J. Brady, U.S. District Court, Middle District of Louisiana.

How to Bring an IRS Whistleblower Claim: Dole Out Justice and Get Paid? Live Webinar... [ read ]

How to Bring an IRS Whistleblower Claim: Dole Out Justice and Get Paid?... [ read ]

How to Bring an IRS Whistleblower Case... [ read ]

How To Bring a Whistleblower Claim and Dole Out Justice (And Get Paid!)... [ read ]

PODCAST: How to Bring a Whistleblower Claim (and Get Paid!)... [ read ]

Section of Taxation 2019 May Tax Meeting of the American Bar Association... [ read ]

Handling Your First (or Next) White Collar Crime Case... [ read ]

"What to do When CI Knocks on the Door: An Overview of Criminal Tax and Bank Secrecy Act Investigations"... [ read ]

"How to Manage Criminal Cases When the C.I. Knocks on the Taypayer's Door"... [ read ]

"Tax Litigation: What Is Involved in Taking a Tax Case from Exam to Appeal and When is it Worth it?"... [ read ]

"How to Manage Criminal Cases When the C.I. Knocks on the Taxpayer's Door"... [ read ]

According to the IRS Criminal Investigation annual report, there were 2,596 criminal investigations initiated in 2020, of which 298 were employment tax cases. In January 2021, the Department of Justice Tax Division noted "employment tax enforcement is among the Tax Division's highest priorities." A recent example of the government's focus on employment tax fraud can be found in U.S. v. Christina Anglin (W.D. Okla. 2021). Ms. Anglin was the controller and CFO of a technology company in Oklahoma. As the controller, one of her responsibilities was withholding payroll taxes (Social Security and Medicare taxes and federal income taxes) and paying them to the IRS.

On Monday, December 21, 2020, Stein and Corey Agee of Atlanta, Georgia entered guilty pleas in federal court to conspiracy charges related to their roles in syndicated conservation easement transactions. These are the first guilty pleas related to the continuing IRS and Department of Justice criminal investigations across the country pertaining to easement transactions.

Reacting and Responding to the Commencement of an IRS Criminal Investigation... [ read ]

How a taxpayer or tax professional reacts and responds to a visit by IRS criminal investigators may mean the difference between a criminal indictment and the IRS declining to pursue a criminal case.

The U.S. Supreme Court reversed a taxpayer's conviction today under 26 U.S.C. § 7212(a), also known as the Omnibus Clause, which forbids "corruptly or by force or threats of force . . . obstruct[ing] or imped[ing], or endeavor[ing] to obstruct or impede, the due administration of [the Internal Revenue Code]."

The RESPECT Act (H.R. 1843), also known as the Restraining Excessive Seizure of Property through the Exploitation of Civil Asset Forfeiture Tools Act, was originally introduced in the House of Representatives in March 2017. The House Ways and Means Committee recently unanimously approved the RESPECT Act, which prohibits the IRS from carrying out seizures relating to a currency structuring transaction unless the property to be seized is from an illegal source or the funds were structured for the purpose of concealing the violation of another criminal law. It also requires notice and a post-seizure hearing for such currency structuring seizures.

On April 3, 2017, Senators Jack Reed (D-RI) and Chuck Grassley (R-Iowa) introduced bipartisan legislation that may impact or deny tax deductions for settlement payments regarding corporate regulatory violations. In recent years, the federal government has increased enforcement efforts against corporations for regulatory violations, whether it be for healthcare, banking, or environmental violations. Although the federal government carries a big stick when it comes to regulatory enforcement (i.e. onerous civil fines and potential criminal penalties), there are also carrots that can often facilitate and expedite settlements with corporations.

Do You Have an "All Cash" Real Estate Deal in San Antonio or Bexar County, Texas? Additional Government Disclosures May Be Required... [ read ]

The Financial Crimes Enforcement Network (FinCEN) issued a new Geographic Targeting Order (GTO) that requires U.S. title insurance companies to identify the natural persons behind companies used to pay "all cash" for high-end residential real estate in six major metropolitan areas. FinCEN is monitoring whether real estate transactions involving "all cash" (i.e. without bank financing) in deals where the purchasers are limited liability companies, or other business structures that are not transparent, are being used to hide assets related to possible criminal activity.

On June 16, 2016, the IRS announced a new procedure for taxpayers who have had their property seized to file a petition for remission or mitigation. The IRS has identified more than 700 taxpayers that it believes may qualify, and the IRS has been notifying these taxpayers by mail over the past month.

Nearly two years ago, Khalid Quran, a convenience store owner in North Carolina, obtained an unwanted firsthand account of the power that the IRS has when seizing funds that it suspects were deposited and/or withdrawn in violation of federal currency reporting requirements. In June 2014, the IRS seized $153,907 from Mr. Quran's business account because he allegedly made several withdrawals of cash under $10,000.

Handling Taxpayers Who Have Forgotten Their Filing Obligations... [ read ]

We often encounter clients who have not filed tax returns for many years, some of whom have received a notice from the IRS regarding their non-filing status. Many times, these clients don't have the liquidity or even the assets to pay their delinquent tax obligations and end up applying for an Offer in Compromise (OIC).

On October 19, 2015, a former Drug Enforcement Agent, Carl Force, was sentenced to 78 months in prison for stealing bitcoin related to the federal criminal investigation of Silk Road.

On July 30, 2015, the Treasury Inspector General for Tax Administration ("TIGTA") released a report evaluating whether penalties assessed by the IRS against taxpayers are being abated in accordance with IRS Appeals criteria. The report underscores the need for skilled advocacy when it comes to penalty abatement requests and the importance of ensuring that taxpayers' requests for penalty abatements both comply with the governing standards of penalty relief and contain sufficient information to justify the relief requested.

Identity theft in which a taxpayer's name and tax identification number are stolen and used in order to obtain fraudulent refunds continues to be a growing problem for the IRS and the victim taxpayers.