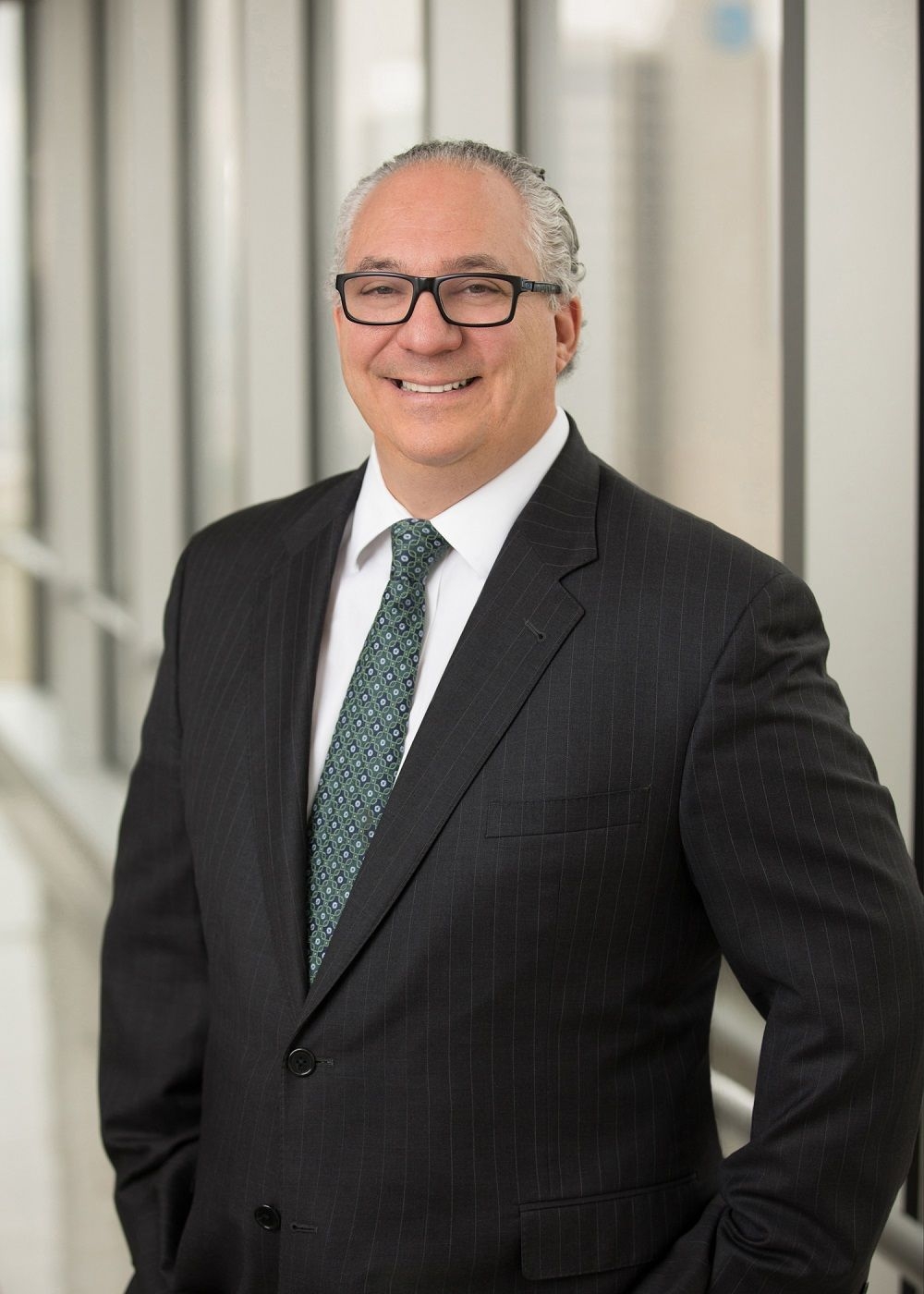 Mr. Ungerman’s experience as a former IRS Senior Trial Attorney and Department of Justice (DOJ) Special Assistant U.S. Attorney are invaluable in helping clients with IRS civil tax and criminal tax controversy matters at all levels along with tax and estate planning.  The tax and estate matters in which Josh is involved are typically very complex from both a factual and legal perspective. These matters often require legal and accounting skills. Josh is also a Certified Public Accountant.

Mr. Ungerman is involved in defending Taxpayers & issues against IRS inquiries and actions. The IRS defense practice covers Civil and Criminal Exams, Investigations and Trials. Many of Josh’s Tax Controversy matters include an offshore component.

Mr. Ungerman is selected to many “Best of” attorney lists by his peers including: Best Lawyers, D Magazine and Texas Monthly.  Mr. Ungerman has been recognized by the Best Lawyers® in America as the 2023 Litigation and Controversy-Tax Law "Lawyer of the Year" in the Dallas/Fort Worth area. He was also selected to the Texas Super Lawyers Top 100 Lawyers list.

Prior to joining the firm in 1994, he was a civil prosecutor for the Internal Revenue Service, Dallas District Counsel office. He was also a Special Assistant United States Attorney for the Department of Justice in Dallas during his time as a civil prosecutor.  Prior to becoming an IRS Attorney of a Special Assistant U.S. Attorney, he served as a law clerk to the Honorable Carolyn M. Parr at the United States Tax Court in Washington, D.C.

Mr. Ungerman was admitted to practice in Texas in 1990.

"The Eggshell IRS Exam: Tips for Survival and Strategies for Success"... [ read ]

"Passive Activity and Hobby Loss Limitations: Withstanding an IRS Attack of Your Client's Outside Business Activities Under Sections 469 & 183"... [ read ]

"Statutes of Limitations, Assessments, Abatements, and Claims for Refund"... [ read ]

"How to Manage Criminal Cases When CI Knocks on Taxpayer's Door"... [ read ]

"Uncle Sam is More Active Than Ever: IRS Exam and Collection... [ read ]

"Practical Suggestions and Traps to Avoid When Working with the IRS"... [ read ]

"Don't Give Up on Family Limited Partnerships (FLPs)" "Differences Between Aggressive Tax Planning and Tax Fraud" "The Legislative and Administrat... [ read ]

"Hot Issues and Priorities in IRS Examination and Appeals" "What is the IRS Doing to Us Next?"... [ read ]

"IRS Hot Topics, The 2010 HIRE ACT, Examination of Estate and Gift Tax Returns, Keeping Estate Planners Out of Trouble and The Evolution of an IRS Fraud Case"... [ read ]

"Transfer Tax Litigation and the Keller Decision" "No Estate Tax - Now What?" "Evolution of an IRS Fraud Case"- Longview... [ read ]

"Transfer Tax Litigation and the Keller Decision" "No Estate Tax - Now What?" "Evolution of an IRS Fraud Case"- Tyler... [ read ]

"The IRS is Engaging Taxpayers Again: From Examination to Investigation-What the IRS is Looking For and How to Respond"... [ read ]

"Sink or Swim: IRS Throws Out a Limited-Time Voluntary Disclosure Program as a Life Preserver to Taxpayers Treading in Shark-Infested International Waters"... [ read ]

The IRS Compounding Interest Rate is 7%: Should You Make a Deposit or Advance Payment Now?... [ read ]

The IRS will charge interest on any amount of tax ultimately due. For taxpayers wanting to stop the accrual of interest before the liability is paid, some or all of the proposed deficiency can be deposited or paid to the IRS while the controversy continues.

Supreme Court Asked to Weigh in on FBAR Penalty Circuit Split: Fifth or Ninth? Boyd or Bittner? Per Form or Per Account? Inquiring Minds Want to Know!!!... [ read ]

The Supreme Court passes on most of the cases it is invited to decide, but appellate court splits are often the key to a Supreme Court opinion. Following the 5th Circuit Court of Appeals holding in United States v. Bittner, there now exists a divide among the 5th Circuit and 9th Circuit in the determination of the penalty that can be levied by the IRS when a taxpayer non-willfully fails to report offshore accounts on an FBAR. Mr. Bittner has requested that the Supreme Court settle the circuit court dispute.

Eric Hylton, the commissioner of the IRS Small Business/Self-Employed Division, threw down the gauntlet December 3, 2020 with an article the IRS pushed out on the IRS Newswire on how the IRS views high income non-filers.

IRS Commissioner Makes Shocking Admission on the Effects of Congressional Budget Cutbacks - the IRS Will Lose $5 Billion in Tax Revenue Per Year... [ read ]

The IRS called the complicated tax plans offered by international accounting and law firms to their wealthy clients in the late 1990s and early 2000s "tax shelters". The IRS shut down that type of planning through aggressive enforcement and a revamping of the requirements for written tax advice. Since those "tax shelters" are long gone, it is disturbing that in March of 2016, IRS Commissioner Koskinen has admitted defeat to a $5 billion a year tax revenue loss.

The IRS has experienced a 28% decline in collectors from 2010 to 2014. Meanwhile, the IRS estimates that $59 billion is owed from unpaid employment taxes from which employment tax returns have been filed. Additionally, taxes withheld by employers make up two-thirds of IRS revenue collection by the IRS. These factors converge for the perfect storm of IRS Criminal Tax Enforcement on payroll taxes.

Was the Grinch in Congress last winter? The FAST Act, 2015 Fixing America's Surface Transportation Act, did much more than fix our nation's highways when enacted on December 5, 2015. The FAST Act broke down previous prohibitions that prevented the IRS from sharing information with the State Department.

On Oct. 16, 2015, the IRS announced that its offshore compliance programs have generated $8 Billion in IR-2015-116. More than 54,000 taxpayers have participated in IRS offshore remediation disclosure programs since 2009. The IRS warned taxpayers with non-compliant offshore accounts to "strongly consider existing paths established to come into full compliance with their federal tax obligations."

IRS and DOJ representatives made presentations at the NYU's Tax Controversy Forum in New York... [ read ]

On June 5th, a number of IRS and DOJ representatives made presentations at the NYU's Tax Controversy Forum in New York. The following were of interest.

How To Identify, Prepare For And Succeed In An IRS Eggshell Examination... [ read ]

Any IRS exam can be nerve-wracking experience for a tax advisor. If there is a large mistake or pattern of mistakes, an ordinary exam may become an eggshell exam requiring much thought and skill to come through the exam unscathed. This article will address the IRS exam areas that lead to IRS eggshell exams, the IRS tactics and, finally, steps a tax advisor can take to minimize the negative consequences.